“Here Comes Everybody” is what comes to mind when I sift through the photos on my instagram stream. “Here Comes Everybody” is the title of Clay Shirky‘s 2008 book about what happens when people are able to organize without organizational structures to slow them down. But it’s also about the availability and ubiquity of creative tools through the internet and other digital inventions. Instagram allows people to take photos and filter them through cool looking programs, upload them to the web and share them with anyone. If you have the right social connections and your shots are cool enough, you become an instagram artist with thousands of followers. I’m for it, but it’s starting to bug me when people say “You don’t need a camera anymore. My phone takes better pictures with instagram!”

Take the photo below. I took it with instagram, filtered it through X-Pro (one of it’s many instant filters) and then decided to put everything into photoshop to see what X-Pro actually does.

OK, so that’s the image. Pretty good for an iPhone 3. It would be even better with an iPhone 4 or 4S. Now this what I got when I put it through X-Pro. 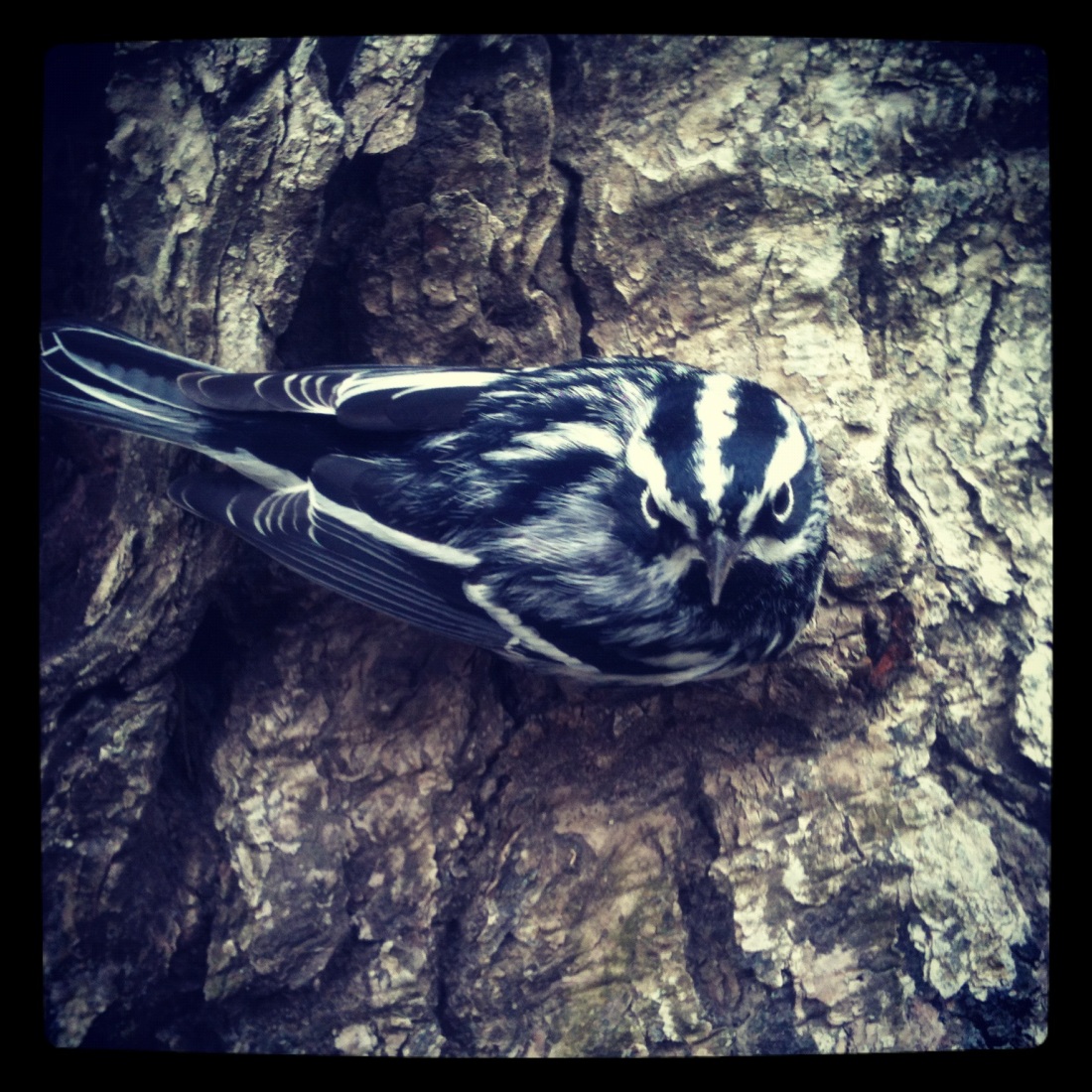 Dazzling. First, Instagram cropped the image square and gave it a black border. It now has the appearance of being larger, closer, better. It goosed the contrast in both the shadows and highlights – but so much so that bits of the photo are burned out or completely black. It looks great, but not much intelligence was put into the cropping either: I would have liked to see the tail of the bird, and I had no control over that. And finally the blues were pushed at the expense of other colours. So I put the original through photoshop and carefully did everything instagram did.

Obviously a couple of things stand out. Instagram’s saturation was indiscriminate. It looks like it added vibrancy rather than saturation, which killed all of that nice mossy colour on the tree. Preserving that colour allows the bird to separate itself from the background a bit. I was able to adjust levels in such a way as to better preserve the detail in the shadows and highlights. And note that I got even better contrast without losing the colour. That’s because I was able to selectively dodge and burn some areas of the plumage. Finally I used “smart sharpen: at 74% at 1 px. All that was left to do was to square crop and add a black border. 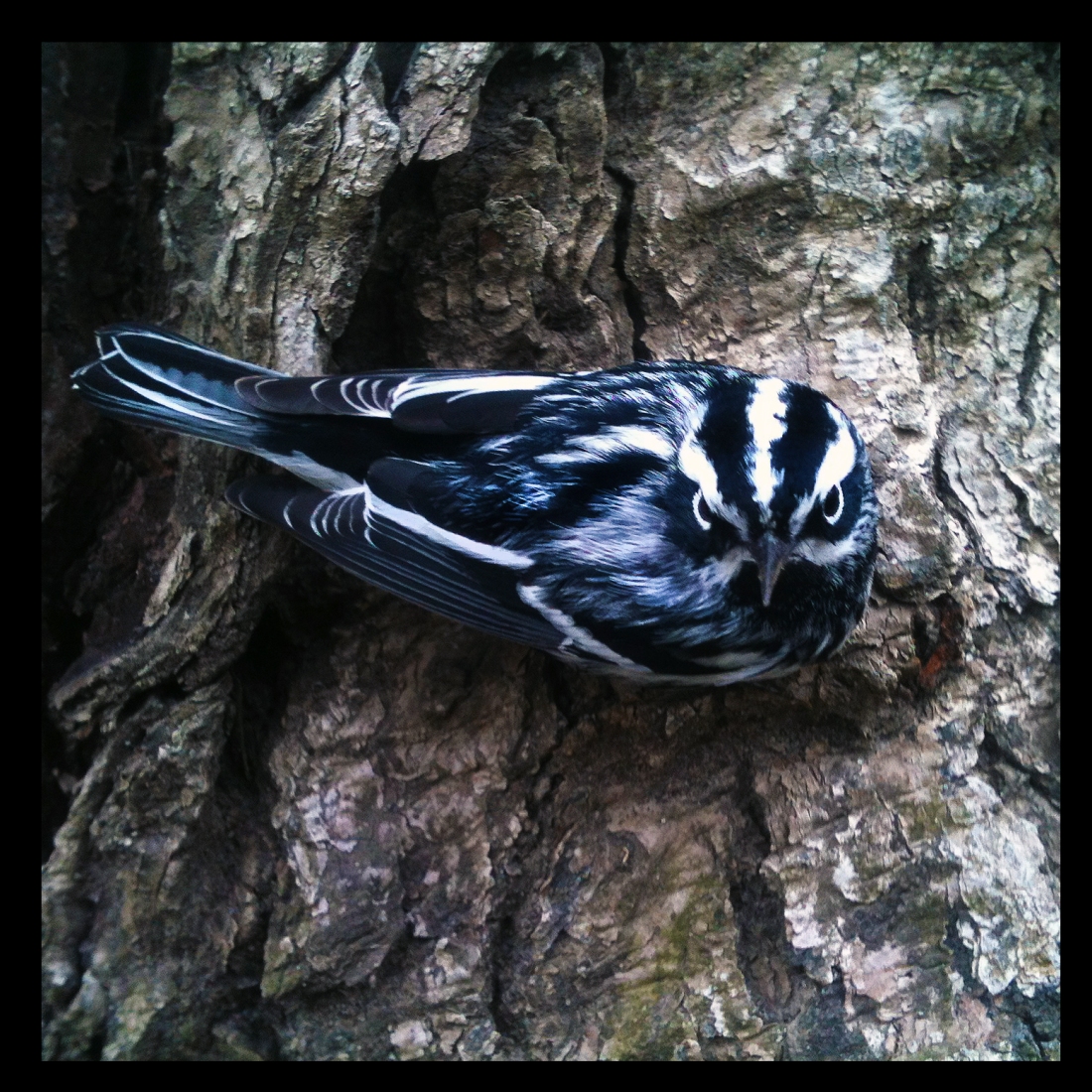 Voila. It took no time to crop it for the proper amount of head and tail space. Just so you can compare the two images side by side, click on the gallery below and switch between photos. I think you’ll see the difference between the automatic filter and the 15 minute process I took through photoshop. Was it worth the effort? Let me know what you think and I’ll try to answer that myself in my next post.