I don’t write about football, athletes or race relations, so bear with me. This story really is about art and theatre, where I’ve spent most of my career.

Richard Sherman’s post-game rant with Erin Andrews on Fox Sports last Sunday has caused a stir well beyond the sports world. Twitter’s been electric with charges of thuggery and racism ever since. You see, Sherman came up with the last minute play that put his team into the Super Bowl next Sunday. It was a magnificent defensive gem. But when he was asked to take the audience through the winning play, he exploded in anger at the man he beat.

Some thought that made him a thug. His defenders crawled all over themselves to reveal the hard-working, community-building philanthropist that Sherman seems to be. Isaac Saul said, in The Huffington Post, that “This is a guy who represents one of the best kinds of sports stories there is in the world: the rise from the bottom.” But the story isn’t about that. The story is about the role football plays in the drama we call The American Dream, and the image of a winner in that dream. 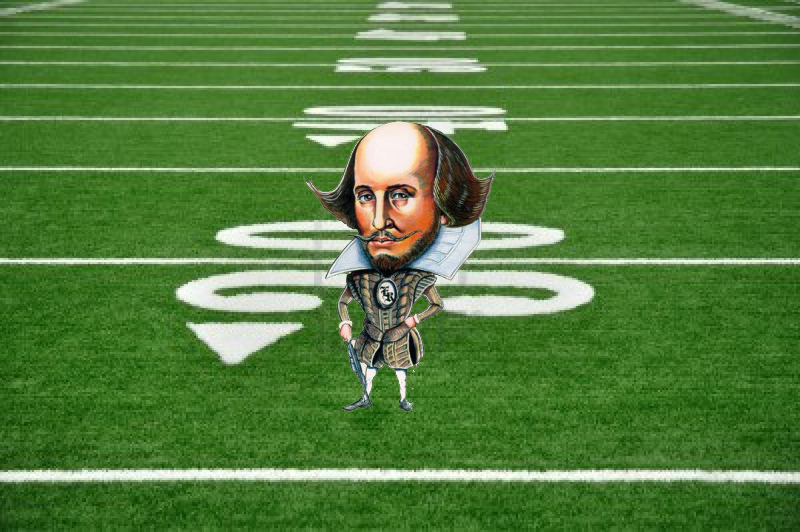 Football is America’s defining drama. As David Mamet, one of America’s greatest playwrights, said (and I paraphrase because I can’t recall which book it’s in) ‘The drama is about the lie – You know it’s over when the truth comes out’. And the truth last Sunday was that Sherman’s Seattle Seahawks were the best team in the NFC.

It’s not just that he looked like a braggart and a sore winner. There’s a crucial myth beneath the drama of the American gladiatorial, one of central importance to the American psyche. The myth is that winning makes you happy. And backing a winner makes you happy too.

The post-game interview is the drama’s epilogue. And Richard Sherman came on, still fuming about something that happened in the heat of battle. Winning is supposed to lay waste to all our sadness, it’s supposed to nuke all our negatives. Americans were waiting to have their central myth upheld but instead found it undermined. And they got really, really confused. How can a fan be happy if his gladiator is not?

Neither a sinner nor saint, Richard Sherman is a bad actor. And nothing in America can possibly be worse than that.

My favourite comment on that YouTube video came from one Darius Bowie who wrote “I just a watched a few parodies to this video and this one [the original] is the funniest” (sic). I have to agree.