Last week, vocative.com ran an article and a fun contest called “Think Palin’s A Babe? That’s Probably Because You Voted For Her”. The premise, based on research done at Cornell, SUNY Binghamton and the University of Minnesota, is that people find politicians of their political stripe better looking than the competition.

But the reverse is also true: Campaigners work hard on the face of the candidates to project exactly the right kind of political message to the undecided voter. And the weapon of choice? Portrait photography.

Doug Ford hit a grand slam last month with a portrait that looked fresh, clean and friendly. And slowly but surely he’s been gaining ground on the front-runner. Of course, your response to the portrait depends on your politics. Per the vocative article, I’m betting that Anti-Forders see nothing but plastic photoshopping and a pasted smile.

And those Anti-Forders have been working equally hard to brand him a liar and a fake. The weapon of choice? The candid photograph.

The screen grab above contrasted Doug’s squeaky message as a teetotaler with a stash of vodka no one thought to hide. How widely this photo spreads will have implications for the man whose main strengths and weaknesses are his similarities and likenesses to his brother Rob.

On the Candid front, Tory’s had some big scores too. This moment of him walking with gay supporters really helped spread his appeal into the middle of the political spectrum. And he’s not just walking with these people. That wouldn’t have had the desired effect. He’s touching them. He’s smaller than the man on his right. This candid, which may well have been set up, comes across as convincing documentary evidence that John is one with this community.

As for Olivia, how far it seems from those heady days in March when the National Post had her charging into City Hall between a passel of competing right wingers.

And remember how March started? With the guy in the upper right corner making a fool of himself on Jimmy Kimmel. What was his name?

AWE&thenSOME is the name of my company, promise and brand 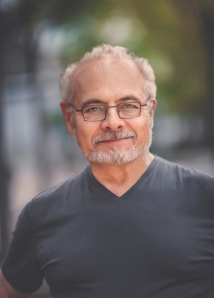