John Cage’s saying “Music is Constant; listening is intermittent”, was on my mind today after a brief flirtation with meditation. I’d had acupuncture followed by an embarrassingly long sleep and woke up perfectly at peace.

I lay in bed exploring the aftermath; a slow-blooming calm expanding in body and mind, a flowering of essence. I came downstairs to find my wife meditating in the living room with the doors closed. She’d been at me to get back to a meditation practice long abandoned. This seemed the perfect moment so I walked out to the deck. 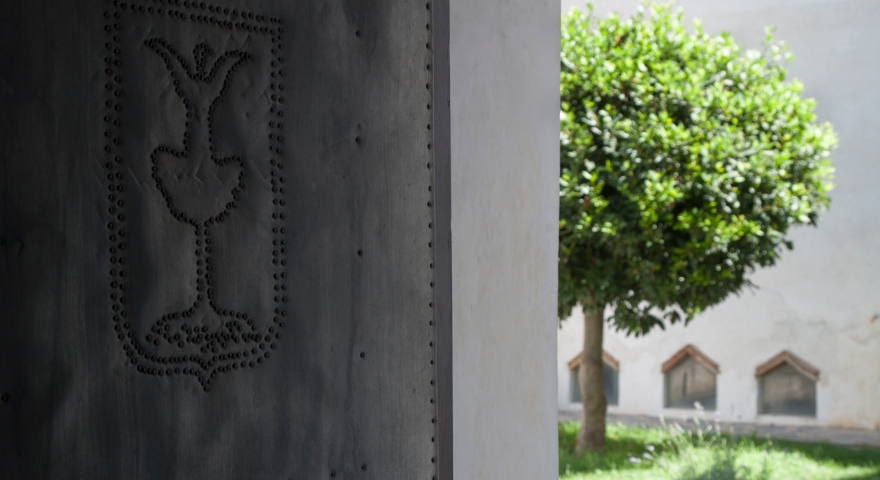 Among the ideas I’d brought with me was that my life is blessed. Our acupuncturist comes to us, so my blissful itinerary went: therapy table / bed / garden. Between the bed and the garden, sitting cross-legged behind glass was my beautiful wife, post treatment herself.

Another thought I brought out with me was that I’d try meditating with my eyes open; “try” because most meditation is an attempt, often interrupted by monkey brain thoughts, ending in total failure. I managed to meditate on a hanging basket until the chroma of a red geranium got me wondering/wandering. I whisked that away. And then I wondered if meditating is just exploring without judgement, something I’ve written about before. Whisked that away. Closed my eyes. 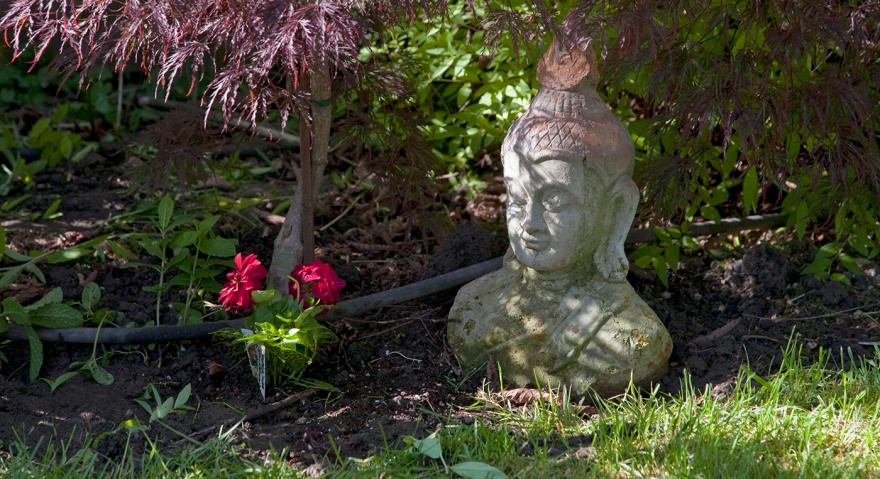 A rush of wind reminded me that it had grown cold. I got a jacket, reset. A mechanical noise from the north worried me when I’d come out the first time and it was still there, but again it disappeared under the sound of the wind as soon as I’d closed my eyes. I descended into the plume of nothingness that connects us until the sound of an airplane approached from the southeast. Astonishingly loud. Whisk, whisk. And then another one. And another, each one finally giving way to the rustle of that brisk wind that first welcomed me. I fell headlong into the interplay between the jet and the rustling. 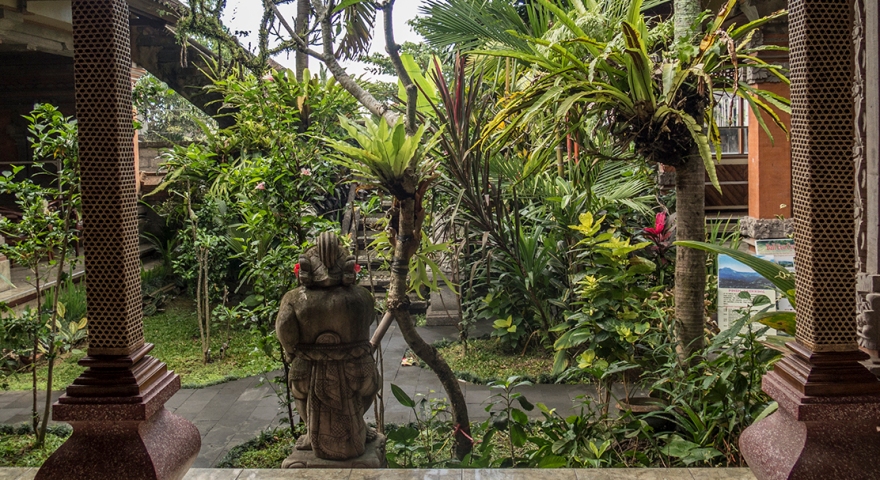 Up popped a thought about filming a tiny cabin on the water’s edge and twinning it with the sound of our habitual airport environment – living as we do in the suburbs of airports, really ;) – or the reverse – an urban hodgepodge of city life with the cabin’s quiet soundscape.

Somewhere in that time, before the moment I realized that I was no longer meditating, a car horn burst and I noticed its pitch for the first time, as a kind of music. The mechanical sound, ever-present in reality, only then returned to my consciousness.

That’s when Cage’s thought popped up and I wondered if I could live better by simply separating the car horn from what I read as the aggression it represents; just hearing it instead as another instrument in the orchestra of a constant music.

I tell stories with a camera - film, stills, video - it doesn't matter which. I've been telling them for a long time and I've reached millions of people with my work.

I've made films and television in every form - movies, miniseries, series and videos. As a network programmer, I developed and executed flagship television seen around the world.

AWE&then SOME is the name of my company, promise and brand. I hope you enjoy the galleries and the blog.

"Art is an expression of joy and awe. It is not an attempt to share one's virtues and accomplishments ... but an act of selfless spirit." ― David Mamet